The White House Siege was a terrorist takeover that resulted in the taking of the White House and the capture of President Benjamin Asher and several other high-ranking U.S. officials.

The attack was masterminded by Kang Yeonsak, a North Korean ultranationalist and the founder of the Koreans for United Freedom, a paramilitary terrorist organization.

This event marked the second time the White House was captured and the United States was invaded by a foreign power in the country's history, occurring 201 years after the War of 1812.

The White House Siege was never suspected nor seen coming as all the key members had either their identities changed or disguised themselves as part of the South Korean motorcade or as mere tourists and garbage service workers.

It was presumably many years set in motion to accomplish this plan. It was unforeseen how they acquired an Lockheed AC-130 gunship or how it bypassed various radar scanners in the area. Various dump trucks with hidden interior machine gun attachments were also taken into the plan against ground interference from nearby police cars.

Two years prior to the 2013 armed takeover of the White House, both Secret Service agents Mike Banning and Dave Forbes transferred and left respectively following the failed protection of the President's First Lady Margaret Asher. 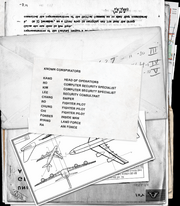 Key members of the Koreans for United Freedom listed in uncovered files.

The AC-130 gunship opens fire at the guards on the White House lawn.

After two F-22 Raptors intercepted the C-130 Hercules over Virginia and ordered the aircraft to turn around, the K.U.F. pilots responded by firing on the aircrafts, killing one of the Raptor pilots while the other jettisoned himself.

The C-130 Hercules entered D.C. at a low altitude and soon fired on the streets of D.C., gunning down vehicles and killing several civilians and Secret Service agents while injuring many others. Mike had rushed out of the Treasury Building and told everyone to get down as the aircraft made another attack, he was able to shield two women before rushing to the White House. The C-130 fired on the White House and the North Lawn, killing many security guards and leaving the White House roof defenseless. However, the C-130 was taken out by a third F-22 Raptor.

Moments later, a nearby tour bus and police car blew up, causing pedestrians to run away in fear. Taking advantage of this, two K.U.F. members disguised as tourists approached the fence. This was noticed by Banning who ordered the terrorists to get down on the ground. While Mike killed the first one, the second one blew himself up, destroying the fence. The terrorists revealed that they were not the South Korean security detail after all and attacked numerous Secret Service agents. Though Mike and some Secret Service agents had killed some of the terrorists, almost all of the guards and agents protecting the White House were killed. Several D.C. officers were dispatched to join the fight, but were killed by a female K.U.F. sniper (though Mike killed her) and two terrorists disguised as garbage workers, who had equipped their trucks with machine guns. The disguised K.U.F members in the bunker along with Forbes killed the agents (including Jones, O'Neil) and the technicians inside the bunker, resulting in the capture of President Asher and several other officials. With the White House becoming defenseless and the reinforcements being too late to reach the White House in time, Mike took cover as the remaining Secret Service agents, including Roma were killed trying to take out the terrorists, but not before the latter alerts U.S Secret Service Director Lynne Jacobs that "Olympus has fallen".

After the power was shut off and the tattered U.S flag was discarded, the White House had fallen to the K.U.F.. Mike was the only one roaming the terrorist-held White House. While collecting weapons from the dead agents, he stumbled upon Roma and briefly mourned his fallen friend. Kang then executed Lee Tae-Woo. After, Asher was rushed to the screen, where he begged the Pentagon to not negotiate. Kang appeared on the screen and stated that he had Asher and ordered for U.S Army Chief of Staff General Edward Clegg to stand his men down. Once Clegg did so after a hesitant moment, Kang ended the connection for now. In the bunker, Kang told Asher that he didn't want nuclear codes and presumed that the Pentagon had already changed them before ordering the U.S President to sit. When Asher insulted Kang about his background, Kang argued that he sought to reunify Korea and end the civil war to give Koreans a better chance at life, to which Forbes agreed, calling it a "whole new world". Asher insulted Forbes that he had no soul, only for Forbes to retort with his own idealistic view of America and stated that he was a rookie compared to Asher. Disgusted, Asher head butted Forbes for his treachery.

While this was going on, Mike killed off a few of the terrorists, and eventually learned that they were searching for Asher's son, Connor, who Kang planned to use against Asher. During that time, which he made contact with the Pentagon and learned of Kang's origins and information about the K.U.F..

Under the orders of Kang, Forbes was dispatched to kill Mike. While Forbes was trying to find a way to deceive Mike, the two briefly reminisced on the old days. However, Forbes unintentionally gave himself away by mentioning Kang, causing Mike to become suspicious. After seeing a gun in Mike's hand, Forbes openly attacked Mike, revealing his allegiance with Kang. The two fought briefly, but due to Mike's military background, he overpowered Forbes by stabbing him in the heart. When Mike interrogated Forbes on why he did this, Forbes regretfully admitted that he "lost his way", feeling remorse for his actions. Mike told Forbes that he would make up for his treacherous deeds by stalling Kang to help save Asher. Once Forbes did so with a nod, Mike stabbed Forbes in the head, killing him.

Under the orders of Trumbull and Clegg, a U.S Navy SEALs team was dispatched in an attempt to retake the White House. Despite Mike's warning that the K.U.F. had gained control of an advanced anti-aircraft system called the Hydra 6, most of the squadron was wiped out. Though Mike killed several K.U.F. members and destroyed the turrets, one of the helicopters collided with the White House roof in an explosion, damaging the roof and living quarters.

After the botched operation, Kang contacted the Pentagon and told Trumbull that the mission was a foolish move before executing Vice President Charlie Rodriguez, much to everyone's horror. He warned Trumbull that Asher would be next and that Trumbull now had an hour to fulfill Kang's demands and once he did so, he wanted a helicopter on the North Lawn before signing off.

The White House Siege had a wide effect across the globe. With America in a state of crisis, the world would eventually descend into war. After the Navy's Seventh Fleet and USFK forces at the DMZ were given the order to withdraw from the Korean Peninsula, South Korea, Russia, and India have all declared a state of emergency and mobilized their military forces. However, in the Middle East, people were jubilant and American flags were burning in response to the absence of U.S. power. The absence of U.S. power almost seemed to spark full-scale wars and conflicts between several nations.

After calling to check up on Leah, Mike contacted Kang. Despite Kang warning Mike that he would kill Asher, Mike stated that Kang wouldn't be alive to see it and that his demise would be at the hands of him, before signing off and locking out Kang's video access. Frustrated, Kang ordered his men to prepare for their escape and planned to kill McMillan just outside the White House. Just as McMillan was about to be executed by Kang in front of the media, Mike intervened and killed several terrorists, forcing Kang to flee back to the bunker and allowing McMillan to flee to safety.

With the K.U.F. dwindling, Kang decided to sacrifice the remaining hostages and several of his men to stage the deaths of him and Asher after the Seventh Fleet and U.S troops on the DMZ were given the order to withdraw. However, Mike saw through the ruse and deduced that Kang was still in the bunker and was attempting to escape with Asher. Trumbull told Mike not to let Kang leave the premises under any circumstances, to which Mike replied that he wouldn't.

Eventually, Kang cracked Asher's code. He revealed his true intentions to detonate the entire U.S arsenal to destroy the United States, wanting the country to know "suffering and famine", causing Asher to glare at him with rage. After officials at the Pentagon received news of Cerberus' activation, Trumbull realized that the terrorists were planning to detonate all the nuclear missiles in their silos, leaving everyone helpless and in horror for the grim events to come.

When Kang and his remaining henchmen attempted to escape, Mike ambushed and killed the rest of them, while Asher was trying to engage Kang. However, Asher was shot trying to defend himself, forcing Mike to engage the ruthless terrorist leader in brutal hand-to-hand combat. Mike was able to spar on par with Kang for a while, but was outmatched and nearly choked to death. Motivated not to repeat his previous failure, he took advantage of Kang's momentary distraction to Asher before stabbing Kang in the head just like he vowed, putting an end to the terrorist leader and avenging all those killed during his assault.

Mike tended to Asher before the latter groggily told him of Cerberus' activation. With aid from Trumbull, Clegg and Ray Monroe, Mike was able to shut down Cerberus with three seconds to spare, saving America and finally ending the crisis.

The White House Siege had a huge impact on Americans. After Banning's successful rescue of President Asher, Connor, and the prevention of America undergoing a nuclear meltdown, the President reunited with his son Connor and was treated for his gunshot wound. Banning's heroic actions inside the White House resulted in him being reinstated to the Presidential Detail. The Seventh Fleet and the USFK forces were also redeployed to the Korean Peninsula and the Sea of Japan.

However, the U.S. executive branch was crippled as several of its top officials were assassinated and all of its security personnel were killed in the siege. Numerous civilians, police officers, and members of the Secret Service were either injured or killed in the attack. President Asher and Secretary of Defense Ruth McMillan were the only top executive officials that survived.

After his gunshot wound mended, President Asher delivered an inspirational speech about the lives lost in the attack and his assurance that America will rebuild. The White House and Washington Monument were also being repaired afterwards, with soldiers raising a new U.S. flag on the White House pole. New agents were recruited for Secret Service to replace those killed. Edward Clegg was promoted to Chairman of the Joint Chiefs of Staff and Allan Trumbull was promoted to Vice President following the deaths of Joe Hoenig and Charlie Rodriguez, respectively.