Pakistan, officially the Islamic Republic of Pakistan, is a country in South Asia. Pakistan has a 650-mile long coastline along the Arabian Sea and Gulf of Oman in the south and is bordered by India to the east, Afghanistan to the west, Iran to the southwest, and China to the northeast. It's capital is Islamabad.

In 2002, Kang Yeonsak had funneled uranium enrichment technology from Pakistan to Pyongyang.

In 2014, somewhere near Lahore, Aamir Barkawi; a wanted arms dealer and his son Kamran Barkawi attended the wedding of Amal Mansoor. However, their location was targeted in a drone strike authorized by the G8 leaders in an attempt to kill Barkawi. Though the attempt failed, Amal and several others were inadvertently killed in the strike. 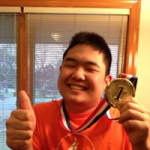